A popular bit of humor about Trump’s presidency is that George W. Bush is thrilled he’ll no longer be the worst president in U.S. history. Bush, in fact, was ranked the worst of our presidents by 61 percent of historians responding to a 2008 informal poll, in significant part because of the 2003 invasion of Iraq. People who envision a comeuppance for Bush for the war and its consequences may find some comfort in Terry Jastrow’s first novel, The Trial of Prisoner 043.

Jastrow imagines Bush being put on trial before the International Criminal Court for war crimes in the Iraq War. In doing so, he shrewdly uses the treaty creating the court, the Rome Statute, as a means of sharpening the book’s core conflicts. It even sets the stage for the opening of the book.

Following an investigation by the ICC’s Office of Prosecutor, an arrest warrant is issued for Bush. Yet the ICC doesn’t have the power of arrest; a member state must actually make the arrest. The U.S. is not a member of the ICC. How then to get a former U.S. president before the court? British paramilitary commandos, assisted by the British government, snatch Bush on the 17th hole of St. Andrews Old Course in Scotland (a locale perhaps reflecting Jastrow’s lengthy experience producing or directing major golf championships for ABC and his 12 years as president of Jack Nicklaus Productions.) Perhaps aptly, Bush is hooded, shackled and handcuffed before being whisked away in a van, although the hood and restraints are removed as he is flown to ICC’s headquarters in The Hauge, Netherlands.

Given the political uproar Bush’s seizure creates, including the U.S. evaluating a variety of military options, elements of the ICC are conscious of public appearance. The prosecutor’s office had already picked two of its attorneys to handle the case: an American man and a woman born and raised in Fallujah, Iraq. They face off against a defense team made up of a lifelong Texas friend of Bush and two American lawyers expert in international criminal law.

After the ICC rejects challenges to its jurisdiction (in 2002 the prosecutor’s office declined to investigate alleged war crimes in Iraq because the ICC lacked jurisdiction over U.S. forces), the latest “trial of the century” begins. This is a different trial than Jastrow’s written about previously.  His play, The Trial of Jane Fonda, had Fonda defending her activities during the Vietnam war in a meeting with angry Vietnam veterans. The Bush trial, though, is in a courtroom and draws so much international attention that it is broadcast and live streamed worldwide

While the ICC’s formal procedures and rules play a role in the story, The Trial of Prisoner 043 greatly telescopes its core story. While readability requires some condensing, Jastrow’s tends toward the extreme. The trial begins within weeks of Bush’s arrest, not the months and years it actually takes. Likewise, the trial itself takes three months. Compare that to the war crimes trial of former Yugoslav President Slobodan Miloševic, where the prosecution took 294 days to present its case and called nearly 300 witnesses. Miloševic died before the trial ended.

Substantively, Jastrow admits that in creating the trial he is “more an aggregator of content than a writer.” Much of it is taken directly from published sources, sources he freely credits. Yet this also allows The Trial of Prisoner 043 to capsulize both sides of the debate over the beginning of the Iraq War.  Jastrow’s prosecutors pull no punches, including attempting to show Bush’s criminal intent by the lies told by his administration in the run-up to the war, 260 by Bush alone. The defense, meanwhile, challenges using such a trial to second-guess a president’s national security decisions.

At the same time, the need to compress the array of information and sources creates a foible common to trial-based tales. To keep the pace moving, the attorneys tend to launch into argumentative, opinion-laced discourses wedding a number of facts. If a soliloquy precedes a question to a witness, chances are the question itself wouldn’t be allowed by the rules of evidence. This may exasperate only those familiar with trials or the law but even we find it easier to overlook in light of Jastrow’s ingenious use of the law to untangle a knotty conflict between points of view and nations.

Realistically, George W. Bush’s decision to invade Iraq will never lead to a war crimes trial. Yet by exploring this provocative “what if” the considerably researched The Trial of Prisoner 043 is a thought-provoking read.

There were no winners in your war, Mr. Bush, only losers.

Terry Jastrow, The Trial of Prisoner 043 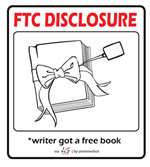 You can e-mail me at prairieprogressive at gmaildotcom.